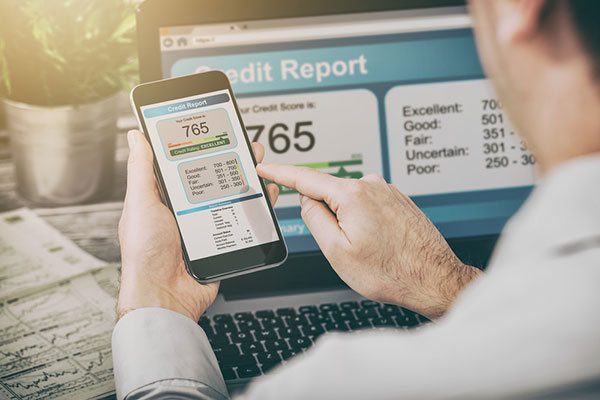 Aspiring entrepreneurs have numerous opportunities at their disposal these days. At this point, almost any dream can be transformed into a reality. No matter which products or services a person wants to provide to the public, there’s bound to be a market for it. On top of that, today’s entrepreneurs have found that there’s a variety of routes to success.

Owning a business doesn’t necessarily mean having to start from scratch. Buying a franchise allows ambitious individuals to benefit from the success of an already-established company. It’s often an easier, less intimidating solution than the traditional route, especially when becoming part of a company that offers in-demand solutions like a janitorial services franchise, such as that offered by Corvus Janitorial Systems. Purchasing a franchise can be more affordable than building a business from the ground up as well.

That’s not to say becoming a franchisee doesn’t come with a few challenges of its own, though. With so many options available, choosing the right franchise may be difficult. Securing financing may be a hurdle as well.

To make matters a bit more tedious, credit scores tend to factor into the equation when applying for business loans. These figures carry quite a bit of weight in the lending world even when purchasing a franchise. Though credit scores may not be the sole deciding factor when determining eligibility for a business loan or financing, they can simplify or complicate the situation.

Chances are virtually anyone who has considered applying for any type of loan or financing has heard of a credit score. Without at least adequate credit, it’s exceedingly difficult to qualify for a mortgage, auto loan, credit card, or even a small store credit account. Having less-than-acceptable credit scores can render people ineligible to rent a home. Many employers even factor credit scores into job candidates’ qualifications.

What Are Credit Scores?

In short, credit scores are numbers assigned to people based on their purchasing and repayment histories among other factors, which we’ll delve deeper into shortly. In the United States, credit scores come from three main credit reporting agencies: TransUnion, Equifax, and Experian. Creditors report debtors’ activities to those agencies, and those activities are used to calculate debtors’ scores.

Since not all creditors report to all three agencies, people’s credit scores can easily vary from one to the next. Some lenders choose a single agency to follow when checking prospects’ credit histories. Others consider information from two of the three or all of them.

When factoring in credit scores from more than one reporting agency, lenders may base their eligibility determinations on an applicant’s average score. On the other hand, they may look at different determining factors from each agency before making their final decisions. As such, a potential borrower may appear to have a decent credit score from one reporting agency but still be denied a loan because of his or her status with another.

How Are Credit Scores Calculated?

As alluded to earlier, credit scores are made up of various components. All those aspects come together to give lenders a good idea of how well an applicant manages his or her finances and how likely that applicant is to repay a loan. Take a look at the five components of all credit scores.

Lenders likewise consider the diversity of applicants’ credit. This also accounts for 10 percent of a person’s total score. Those who have a nice blend of account types are often viewed as a bit more creditworthy than those with only a single type of credit.

Say, for example, two applicants have the same credit score. One currently has an open installment loan, a mortgage, and a credit card on his or her credit report. The other has three credit cards. Despite having the same score, the former may be considered a more suitable borrower because of his or her borrowing diversity.

Next on the list is the length of a person’s borrowing history. After all, longer stories tend to include more details. Because of that, those with longer, more established credit histories may be more attractive to lenders than those who have only recently begun to borrow. This aspect comprises 15 percent of a person’s credit score.

Payment history is the most significant deciding factor when it comes to determining loan eligibility. This, alone, makes up 35 percent of a credit score. It revolves around a person’s track record of making payments on time and paying off loans in a timely manner. Late payments, delinquent accounts, and other negatives factor in here.

If a person has a habit of making payments late or allowing accounts to get so far behind they can’t be resolved, his or her credit score will drop. Bankruptcy and other financial issues have negative impacts on credit scores as well. If those problems appear on applicants’ credit reports, lenders may view them as unnecessarily risky and deem them ineligible for a loan.

How Do Credit Scores Affect Purchasing a Franchise?

Having said all that, it’s time to discuss how credit scores can affect a person’s ability to purchase a franchise. As far as many lenders are concerned, anything less than a good credit score may render an applicant ineligible for a loan. In terms of Experian, a credit score of 700 or more is good. With Equifax, the “good” range spans from 670 to 739.

Those who are looking to purchase a franchise may not have to go through conventional lenders to acquire a business loan. In some cases, franchisors extend financing options to potential franchisees. They may also have their own networks of lenders to facilitate the purchasing process for applicants. Still, they pay close attention to prospects’ credit scores. Some place more emphasis on them than others, but they inevitably come into play. Corvus Janitorial Systems takes pride in offering robust financial assistance to potential franchisees and aims to make the process as easy as possible. We look at many factors in addition to your credit score.

Having a low credit score doesn’t always mean all hope is lost. Some franchisors are willing to work with applicants and give them opportunities to succeed even if they don’t have strong borrowing histories. That’s also true of lenders. In fact, some lenders specialize in providing loans for people with bad credit. People whose credit has suffered in the past may face a few extra hurdles when applying for business loans or franchisor financing, though.

Lenders that dole out business loans typically require applicants to present well-thought-out business plans. Having a presentable plan shows lenders where their money will go. It also gives them a bit of reassurance that their borrowers have a clear sense of direction.

From the franchisor’s perspective, a business plan that shows an applicant has already secured at least partial funding may serve as proof that the prospect deserves due consideration. In either case, a concrete plan could provide the extra incentive a lender needs to allow an applicant to proceed with purchasing a franchise. Once again, at Corvus, we have developed a system to offer easy financing and make the franchise purchase process as accessible as possible,

Additionally, having a low credit score could subject a franchisee to higher-than-average interest rates on a business loan. Higher interest rates lead to higher monthly payments. They also leave borrowers paying far more in the long run. That could lead to financial hardships, especially in the beginning. It’ll most certainly eat into a business owner’s profits moving forward.

Having a low credit score doesn’t necessarily mean a hopeful entrepreneur won’t be able to purchase a franchise. It could bring about a few problems and make the situation more difficult than it needs to be, though. With that in mind, those who want to purchase a franchise but are suffering from less-than-stellar credit may want to take a few extra measures before applying for a loan or franchisor financing.

Start off by requesting a credit report so there won’t be any unpleasant surprises after applying for funding. Be sure to address any errors on the credit report by contacting the reporting agency. Take care to make monthly payments on existing debts on time and avoid opening any new lines of credit. Consider paying down some larger debts before applying for financing for a more suitable debt-to-income ratio.

In most cases, having a good credit score is the key to acquiring a business loan for purchasing a franchise. Even franchisors that offer financing take applicants’ credit scores into account. Having a credit score that doesn’t measure up to the usual standards doesn’t necessarily disqualify a candidate from becoming a franchisee, though. Some franchises, like Corvus Janitorial, make accessibility and financial assistance easy for potential franchisees.

Applicants who have lower credit scores may still be able to acquire funding. Doing so may require taking extra measures to raise those credit scores. Creating a detailed business plan may facilitate the process as well. Even then, lofty interest rates could be an issue. While credit scores aren’t the be-all and end-all when purchasing a franchise, they certainly factor into the equation.

For more information about starting a Corvus Janitorial Systems franchise, contact us today.

Ready to Start your Own Cleaning Business?

Download our free guide Starting a Cleaning Business 101 for exclusive advise and tips to help you succeed.

How Often Should You Clean Your Office’s Carpets?

Women and Franchising: How a Janitorial Franchise Could Be Your Ticket to Independence

The Biggest Germ Gathering Spots In Your Office

Office Bathrooms: What Should Be Cleaned Every Single Time

Load More
Back to Blog